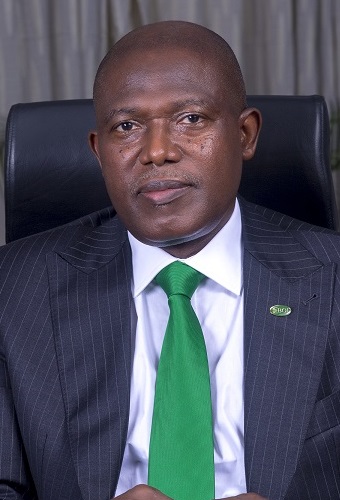 Mr. Pitan is the Managing Director and Chief Executive Officer of the Bank of Industry, a position he has held since May 2017. Mr. Pitan draws on significant work experience gained in both the corporate and banking sectors during the course of his 25-year career.

He began his career with Citibank Nigeria in 1986. Prior to joining BOI, Mr. Pitan was the MD/CEO of Caroline Properties Ltd and Director of Excel E&P Ltd. Previously, Mr. Pitan held the position of Executive Director of Unity Bank Plc in charge of Corporate Banking and Treasury Management after having served as the MD/CEO at First Interstate Bank Plc in August 2004, where he successfully led the bank through a merger with eight other lending institutions to form Unity Bank.

He graduated with a BSc (Hons) degree in Economics as a UAC scholar from the University of Ibadan in 1982 and obtained a Master’s degree in International Management as a Rotary International Scholar from the American Graduate School of International Management, Thunderbird Campus at Glendale, Arizona. He is an alumnus of Lagos Business School and London Business School. He is also an alumnus of the Haggai Institute in Singapore. He is an ordained senior pastor of the Redeemed Christian Church of God. Mr. Pitan had participated in many innovative transactions in the Nigerian Capital Market.

Mr. Pitan has and continues to hold several board and other senior positions, some of which are:

Mr Pitan has also served as member of several boards including:

Currently he is Chairman of Habitation of Hope, an NGO set up by Pastor(Mrs) Folu Adeboye to salvage, transform and empower the abandoned, hopeless and homeless street boys and girls living in Nigeria.

Mr. Pitan has a 5-year contract for the position of MD/CEO at BOI, starting from May 2017.