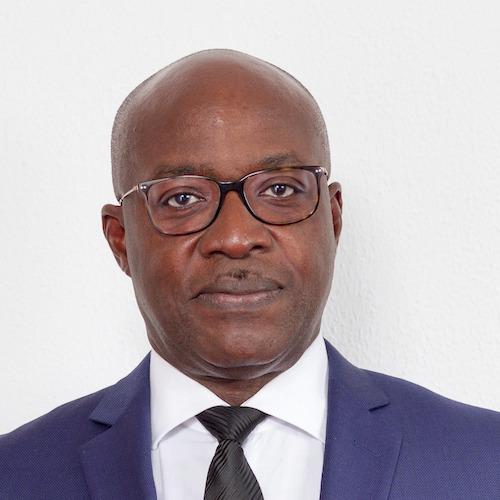 Mr. Frank Adu Jnr. is the Managing Director of CAL Bank Limited with approximately 27 years’ experience in the Ghanaian banking sector. Frank is the Chairman of the Board of the Roman Ridge School, a very successful international school he co-founded and serves on the Advisory Board of the College of Humanities of the University of Ghana. He is a member of the Boards of the Foundation for Orthopaedics and Complex Spine, Metropolitan Life Ghana Limited and Quality Insurance Company Limited. He also serves on the Board of Legacy Bond Limited, a special purpose vehicle set up for the repayment of debt owed by Government to the Bulk Distribution Companies (BDCs). He co-founded City Investments Company Limited, a highly successful Non-Bank Financial Institution which is now Premium Bank. He has also served on several other Boards including the National Health Insurance Council where he was its first Chairman; he was Chairman of the Ghana Stock Exchange and a member of Ghana’s First Bond Committee and the Advisory Committees which set up the EDIF Fund and GET Fund.

Frank holds a Bachelor of Arts (Hons) in Geography and an MBA (Finance). In 2013, Frank was conferred with an Honorary Doctorate Degree by the University of Ghana for his contribution to tertiary education. He is an Honorary Fellow of the Chartered Institute of Bankers and also an alumni of the Oxford Strategic Leadership Programme, SAID Business School, University of Oxford.

Frank’s passion is in assisting destitute children and helping to create a bright future for them. He is an entrepreneur and plays a major role in youth development in Ghana. He mentors several young people and is an active Patron of Waves International, a group of University graduates and undergraduates who seek to progress professionally and make positive impacts in society. Additionally, as a member of the Ghana Angel Investor Network (GAIN), Frank invests in business ideas of young entrepreneurs who would otherwise have limited access to equity financing.

He is an avid sportsman and has distinguished himself in all sporting activity including football, field hockey, volleyball, handball, squash, cricket, polo and now golf. Mr. Adu has captained the Achimota Golf Club and the Accra Polo Club.

Frank was awarded a lifetime award at the 2016 Ghana Banking Awards and has also been recognised by the Legislative Black Caucus of the Georgia Assembly for his contribution to the macro-economic stability, growth and prosperity of African countries. He was also a finalist of the Ernst & Young Entrepreneur of the Year Award 2012 and has also received several awards including the Ghana Oil & Gas Association award for a “Promising Leadership Role” in the Industry.